The series theme song will be "7days" by Suisei Hoshimachi (Hololive)

The popular VTuber Hoshimachi Suisei (affiliated with Hololive Production) will contribute the theme song for Episodes I - III of our brand new VR title, DYSCHRONIA: Chronos Alternate--which is currently in development.

Hoshimachi Suisei is part of Hololive's Generation 0. On her YouTube channel (where she has over 1.22 million subscribers) she posts an ever-popular range of content including gaming videos and livestreams.

DYSCHRONIA: Chronos Alternate is the upcoming title from Japanese VR game developers, MyDearest, Inc. The company's previous titles, including TOKYO CHRONOS and ALTDEUS: Beyond Chronos have received multiple game awards in Japan. DYSCHRONIA: Chronos Alternate is the latest title to be set in the shared Chronos Universe. This time, to bring the game to Nintendo Switch™ in addition to Oculus Quest 2, the title is being jointly developed and published with IzanagiGames, Inc., who are known for producing and publishing titles such as World's End Club and Death Come True.

Last month saw the release of a brand new trailer, along with the announcement of a whole raft of new information. The Oculus Quest 2 version of the game will be released episodically, with Episode I due for release in Spring 2022, Episode II in Summer of the same year, and Episode III slated for Winter 2022. The Nintendo Switch release--which will contain all 3 episodes as a complete package--is due to coincide with the VR release of Episode III. The talented cast of Japanese voice actors, including Shoya Chiba, Akari Kito, Junichi Suwabe, and Yusuke Kobayashi was announced, along with confirmation of a full English dub.

This time, we're delighted to announce a brand new trailer featuring Hoshimachi Suisei's "7 days," written for DYSCHRONIA: Chronos Alternate. With VTuber Hoshimachi Suisei--renowned for her remarkable vocal talents--on board, the music is sure to help players immerse themselves even deeper into the game's rich setting.

We're also pleased to unveil a special website to mark the announcement of the new song in Japan. The site features a video message and interview with Hoshimachi Suisei herself, along with a message from MyDearest Audio Producer Yosuke Kori. 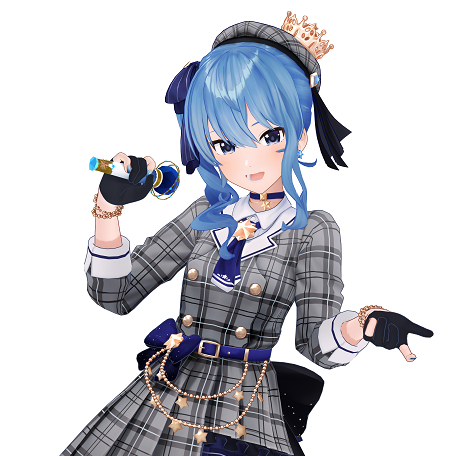 "I'm delighted to be contributing the theme song for MyDearest, Inc.'s latest game, DYSCHRONIA: Chronos Alternate. Thank you so much for the opportunity! I'm not sure if you guys remember the previous trailer that featured the instrumental version of the track, but did hearing the lyrics this time round make you go "Oooh!"? The track itself is really cool and steeped in the atmosphere of the game itself, and I went for a slightly wistful and despairing vocal performance to fit the overall mood. I feel like the end result is certainly a little different from my usual work."